Published on Dec 09, 2021
CEMS Start-Up Challenge 2021 perrinna Thu, 12/09/2021 - 15:39 The annual CEMS Start-Up Challenge has been organized by CEMS Entrepreneurs the last 9th November as part of the Career Forum. Building on the success of the previous years, this event offered students the opportunity to work closely with experienced mentors to develop their ideas and learn more about developing a business.  News

The program started during the summer with the selection of eight teams divided into two tracks based on their maturity, Concept, and Early Stage, followed by mentoring sessions and networking events offered to them. The mentoring is based on a match between the startup and our mentors based on the stage and needs of the startup. But let’s hear from one of the mentors, Aram Attar:

"I was impressed by the quality of the CEMS Entrepreneurs Startup Challenge. All aspects of this competition—from the quality of the competing entrepreneurs and startups, to the interaction with the organizing team, and the event’s communication & execution— were marked by the highest degree of professionalism. I also believe the format really helps budding or more confirmed entrepreneurs improve their strategic thinking and funding odds. Well done Team!” – Aram Attar, Founder The VC Factory

After this stage, the startups were then ready for the pitching contest on the 9th of November. In this event, the startups had pitched their ideas in front of a jury, a panel of possible investors, corporate partners, and a live audience of fellow CEMSies.

Overall, the event was attended by a live audience of 100 people at any time, with an overall reach of around 2000 people.

Speaking about the jury, it was composed of a heterogeneous group of 5 people with diverse backgrounds but with a common passion for startups. The team was composed of Eva Arh (Principal, 3VC), Aram Attar (Founder, The VC Factory), Nico Valenti Gatto (Op. Director, B4i), Felix Bensberg (Investment manager, Talent Venture Group), and Johanna Junkermann (Analyst, btov). Let’s hear from one of them about this experience:

“The CEMS pitch competition was a well-organized event. The founders clearly presented some interesting businesses, and the members of the jury were an experienced group of investors and tech experts. It was a great opportunity to meet both entrepreneurs and potential co-investors and industry peers” – Nico Valenti Gatto, Operating Director Bocconi for Innovation

After the pitches and some keynote talks from startups (Metarina and Farmy) and companies (3VC and E.on), the jury decided the winner for each track while the audience had the chance to vote its favorite, thus appointing a third winning team.

Now let’s see what the winner of the Early Stage track, Jana Schellong, has to share with us:

“The CEMS startup challenge is a super well-organized program offering an opportunity to connect with fellow CEMS founders. We are grateful for having been matched with our mentor Marco with whom we worked on our pitch deck and financial plan. We also prepared our first investor conversations with him. Winning the final pitch event was a great cherry on top. We are looking forward to the coaching sessions we won as part of the prize” – Jana Schellong, Co-Founder Beams

As you can understand from what Jana mentioned above, the winning team had the opportunity to receive some prizes: additional mentoring and coaching sessions on different topics, such as fundraising, leadership and business models, with our partners.

Having said so, CEMS Entrepreneurs would like to thank again 3VC, btov, Bocconi for Innovation, The VC Factory, T1 Growth Academy, and Talent Venture Group for the prizes provided.

Moreover, the team would like to thank all the applicants, the mentors and jurors, the audience, and, last but not least, the CEMS global office for their invaluable help.

If you want to learn more about the event and the opportunity within CEMS Entrepreneurs, feel free to visit https://cemsentrepreneurs.webflow.io/e and send inquiries. 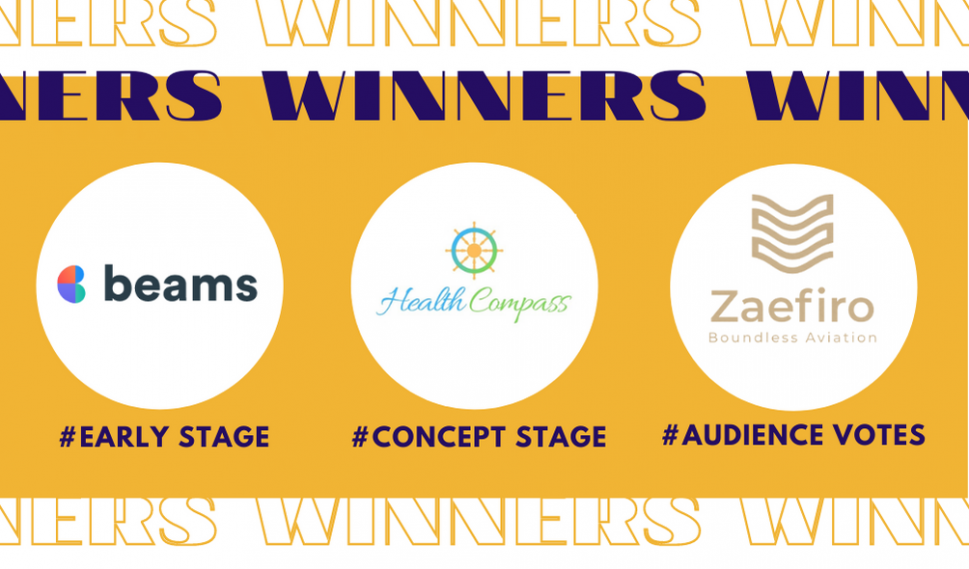